The Department of Political Science of National Chengchi University is one of the leading political science institutions in Taiwan. The Department of Political science was originally established within the School of Central Politics in Nanking, Mainland China, in 1928. The school was, then, renamed “National Chengchi University” in 1946. After a brief hiatus as a result of the civil war between the Nationalist Party and the Communist Party, the university reopened in Taipei, Taiwan in 1954, as did the Department. Once the master’s and undergraduate programs were restored, in 1956 the Department established the first-ever doctoral program for political science in either Taiwan or the Mainland.

Since its inception in Mainland China in 1928, the department has produced outstanding alumni in both academia and in political science practitioners. As of 2018 the department has seventeen full-time faculty members, seven adjunct faculty members, and two administrative assistants. Its master’s and doctoral programs include more than one hundred students currently enrolled, and its undergraduate program accounts for two hundred students. In addition to teaching, department faculty members are active researches and community service providers for students, the university, as well as the general public.

Traditionally, the Department is strong in methodology, both qualitative and quantitative, comparative government and politics, political theory/philosophy, as well as Chinese politics and institutions. Students are educated along the lines of both substantive subjects and analytical skills. The Department of Political Science features an extremely strong faculty. Not only do the faculty members teach well, but also they put emphasis on research. The faculty’s teaching and research are enhanced by the university’s other institutions, like the Election Studies Center, the Institute of International Relations, and the School of International Affairs. In addition, the Department has close working relationships with many other institutions germane to political science, in Taiwan and abroad. 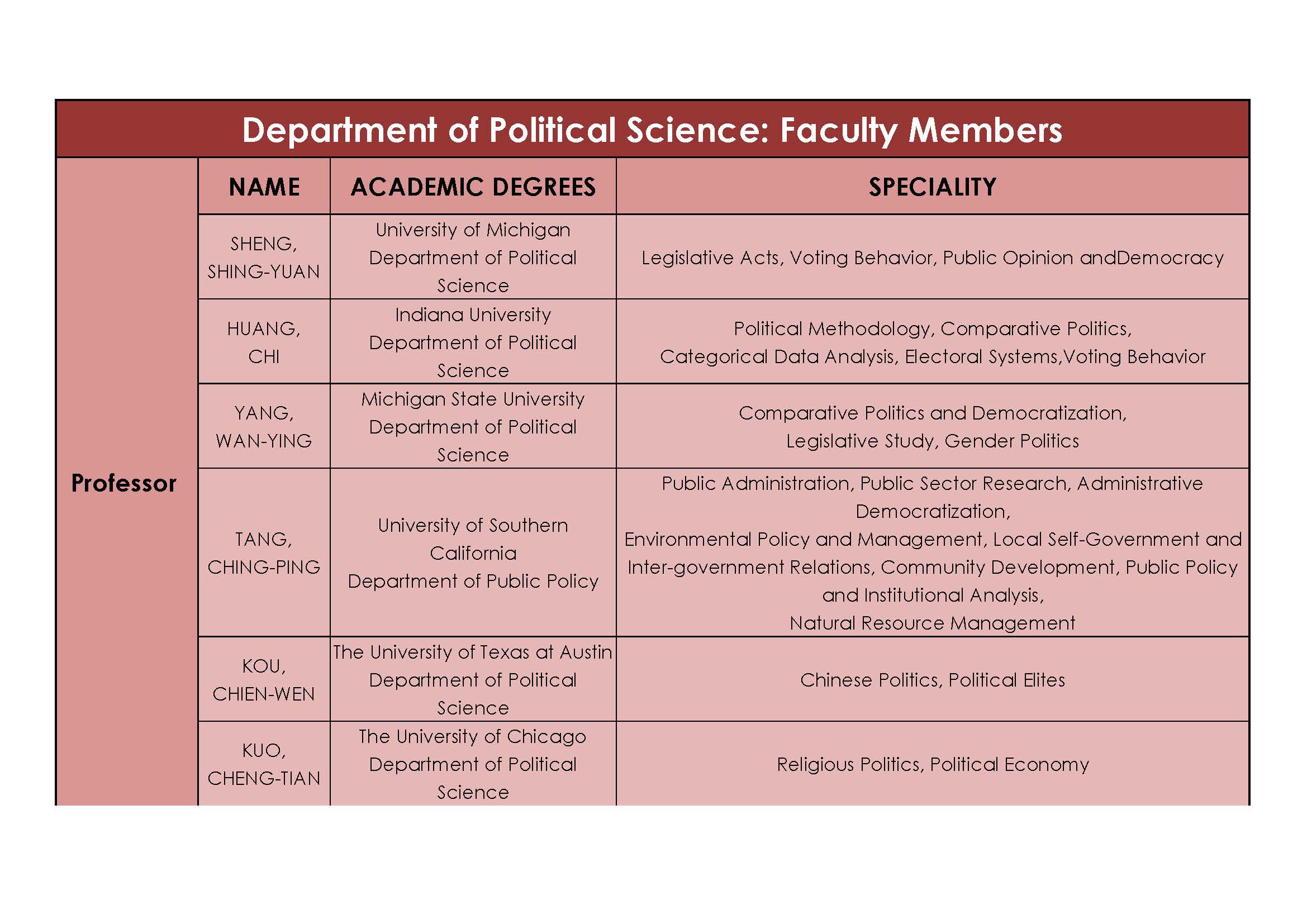 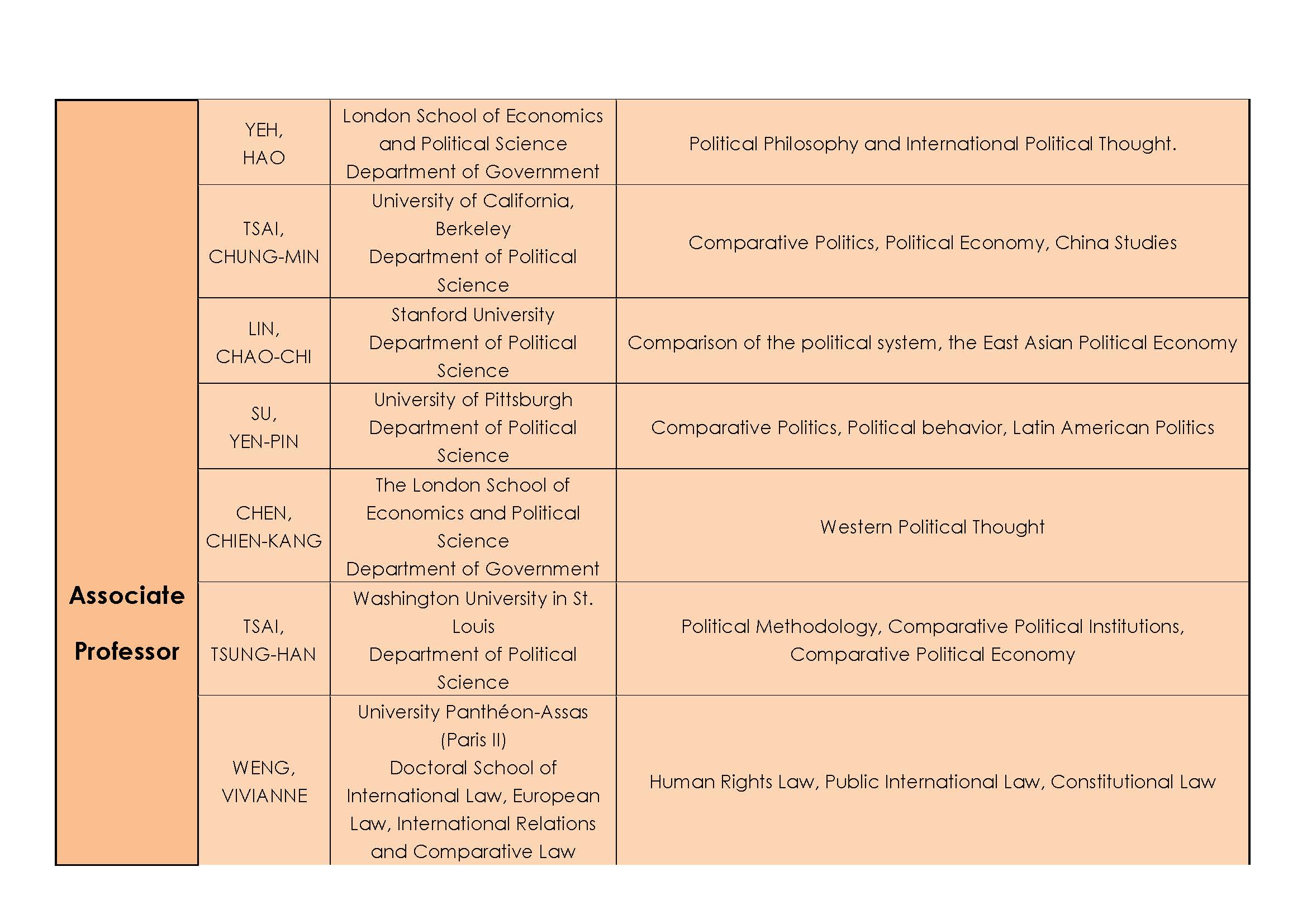